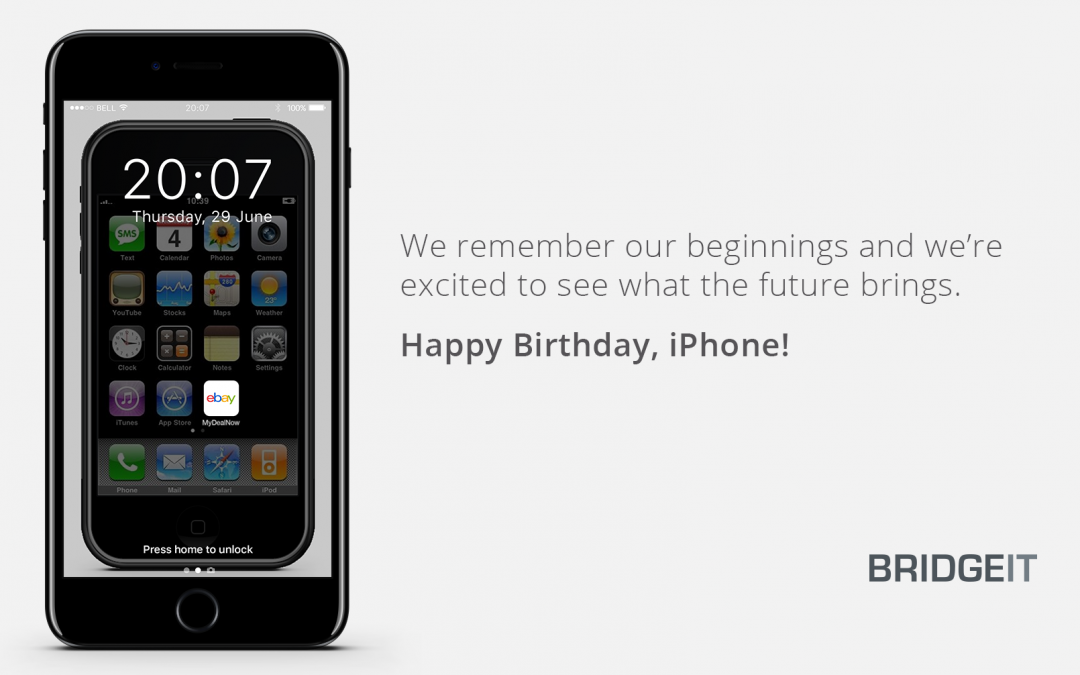 Apple’s first iPhone was released 10 years ago today — on June 29, 2007. While it was not the first smartphone on the market, it outplayed the competition. The iPhone launched the mobile revolution by impacting different industries and changing the way we use mobile devices.

Computer in your pocket

When the iPhone was launched, users were introduced to the idea of “a computer in your pocket”. It transformed the way consumers accessed the internet, GPS, camera, online communication tools, as well has having constant information at their fingertips.

The App Store transformed the way software was created and distributed

iPhone 3G arrived to Denmark in 2008, a year after the first version was presented in the United States in 2007. Respectively, the App Store arrived together with the iPhone 3G in July 2008, and shortly after, the Android Market was available to the public in October 2008. In 2017 there are more than four million mobile apps on both Google Play and Apple App Store.

The App Store launch was a fundamental turning point for us at BridgeIT. We were one of the first companies in Denmark that started developing mobile applications. At BridgeIT we built our first app in 2009 and since then we have developed over 200 mobile apps worldwide and across the leading mobile platforms. BridgeIT´s first international app was launched in 2011 and it was an consumer app for eBay, called MyDealNow.

Mobile apps in the business world

A 2012 study showed that about two-thirds of smartphone owners used their personal devices for enterprise-related activities (1). Our first enterprise app was released in 2012 when a large shipping company was ready to start the ‘Mobile First’ wave. We were excited about the opportunity to help them kick start this journey. We created a concept for an employee engagement app which offered more than the traditional intranet solution. Over the last couple of years, BridgeIT has been specializing in developing apps tailored for large companies and their employees.

Continuous development in our focus area

At BridgeIT we believe that engagement is the core element for creating successful mobile solutions. We are excited about what the technology and transformation era has to offer. We therefore specialize in employee, patient and customer engagement as a driver for kick-starting our customers’ digital and organizational transformation.

Take a look at our cases to see what we can offer you!